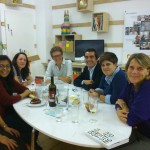 We were invited to STBY‘s 10th anniversary celebration at their London office on the 27th of September 2013. It was an intimate and informal get together of STBY’s friends and partners (as you can see with the lovely wine and pastries). The book made its first ‘public’ UK appearance and it was warmly received! STBY […]

Design Exchange in Utrecht, The Netherlands 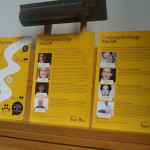 On the 23rd of September 2013, Emma facilitated a Design Exchange workshop for people interested in design in large organisations in Utrecht. In the event, Emma shared some of the key learnings from organisations featured in the book such as Novabase (in Portugal) and Minas Gerais (in Brazil) on their attempts at embedding design in […]